25 States Will Raise Their Minimum Wage In 2022 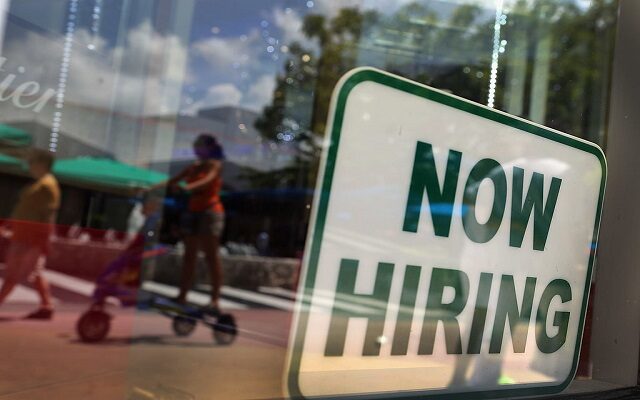 MIAMI BEACH, FL - JULY 05: A ''Now Hiring'' sign is seen in the store front window on July 5, 2012 in Miami Beach, Florida. The ADP released the National Employment Report which showed that employment in the U.S. nonfarm private business sector increased by 176,000 from May to June on a seasonally adjusted basis.The government will release its closely watched employment report for June on Friday. (Photo by Joe Raedle/Getty Images)

2022 will bring a pay raise for millions of workers across the U.S. Twenty-six states along with Washington D.C. will be raising the minimum wage next year, by varying amounts.

The largest increases will be in California and parts of New York, which are raising the minimum wage to $15.

But it’s not going up everywhere.  20 states still have a minimum wage equal to the federal minimum of $7.25 an hour – which has been unchanged since 2009.

More than half of U.S. states will raise their minimum wage in 2022, but employers are hiking pay faster https://t.co/zVVwyGV7Tv

January 25th, 2022
View full playlist
OnDemand
The Joe Show
Connect With Us Listen To Us On