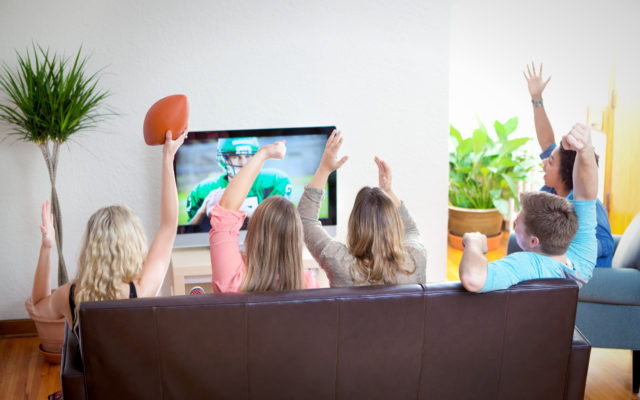 Super Bowl commercials and ad campaigns continue to hit the Internet before the big game.  Here are the latest:

1.  Bill Murray was spotted filming a “Groundhog Day”-themed Super Bowl commercial for Jeep.  It was in Woodstock, Illinois, where the movie was shot.  Coincidentally, the Super Bowl is happening on Groundhog Day, February 2nd.

They got Bill’s brother Brian Doyle-Murray and Stephen Tobolowsky to reprise their roles as Mayor Buster Green and Ned Ryerson, respectively.  There’s no word on whether Andie MacDowell will return as Rita Hanson.

2.  Michelob Ultra’s Super Bowl commercial with Jimmy Fallon and John Cena working out together has hit the Internet.

3.  Bryan Cranston does a Jack Nicholson impression in an amusing Mountain Dew ad that parodies the “Here’s Johnny” scene from “The Shining”.  It also features Tracee Ellis Ross.  (Here’s video.)

4.  Jordan Peele’s new Amazon show “Hunters” has a trailer airing during the Super Bowl.  It’s about Nazi hunters, and it stars Al Pacino and Logan Lerman.

5.  Google has a Super Bowl ad that will make you cry . . . because that’s what everyone wants during their Super Bowl party.

6.  The “Rick and Morty” Pringles commercial is out.

7.  Finally, a long, THREE-MINUTE version of the Squarespace ad where Winona Ryder returns to her birthplace of Winona, Minnesota, has been unleashed.