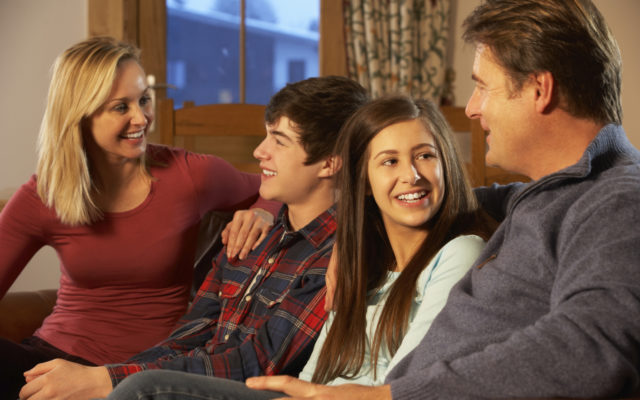 A lot of grandparents are about to roll their eyes at this . . .

A new survey asked 2,000 people with school-aged kids if they think they’re better at parenting than THEIR parents were.  And the vast majority said YES.

76% of parents today think they’re better at it than their mom and dad were.  Around the same number think it’s also harder than it was then . . . so our parents must have REALLY sucked at it.

According to the survey, here are the top five old-school parenting techniques we’ve decided NOT to incorporate into our own parenting . . .

5.  Making them go to their room, 35%.  Maybe because it’s not really a punishment now that they have computers, tablets, and cell phones.

A few more that just missed the top five were time outs . . . leaving them home alone . . . and telling them, “You’re grounded.”