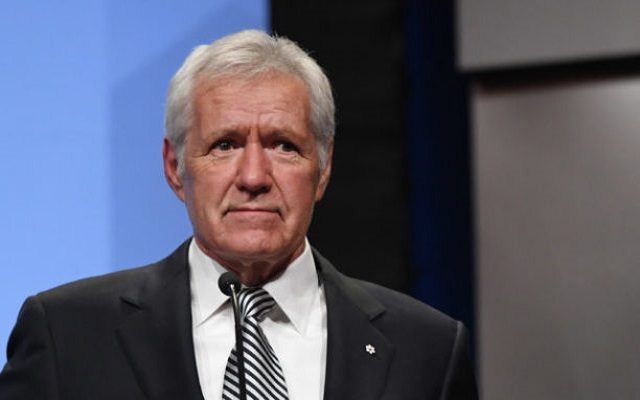 LAS VEGAS, NV - APRIL 09: "Jeopardy!" host Alex Trebek speaks as he is inducted into the National Association of Broadcasters Broadcasting Hall of Fame during the NAB Achievement in Broadcasting Dinner at the Encore Las Vegas on April 9, 2018 in Las Vegas, Nevada. NAB Show, the trade show of the National Association of Broadcasters and the world's largest electronic media show, runs through April 12 and features more than 1,700 exhibitors and 102,000 attendees. (Photo by Ethan Miller/Getty Images)

‘Jeopardy!’ host Alex Trebex died on Sunday morning at the age of 80 after a battle with pancreatic cancer.

JEOPARDY! host Alex Trebek has died at the age of 80 following a battle with pancreatic cancer. Trebek was diagnosed with cancer in March 2018 and continued to host JEOPARDY! for the next 18 months. JEOPARDY! says episodes hosted by Trebek will air through December 25, 2020.

Trebek started hosting JEOPARDY! in 1984. According to JEOPARDY!, he hosted more than 8,200 episodes over the course of nearly 37 seasons, setting a Guinness World Record for hosting the most episodes of a single game show.

Alex is survived by his wife of 30 years, Jean, and children Matthew, Emily, and Nicky

The show ‘Jeopardy!’ shared a tweet on Sunday morning confirming Trebek’s death.  Stay with mystar106.com for more on this developing story.

Jeopardy! is saddened to share that Alex Trebek passed away peacefully at home early this morning, surrounded by family and friends. Thank you, Alex. pic.twitter.com/Yk2a90CHIM