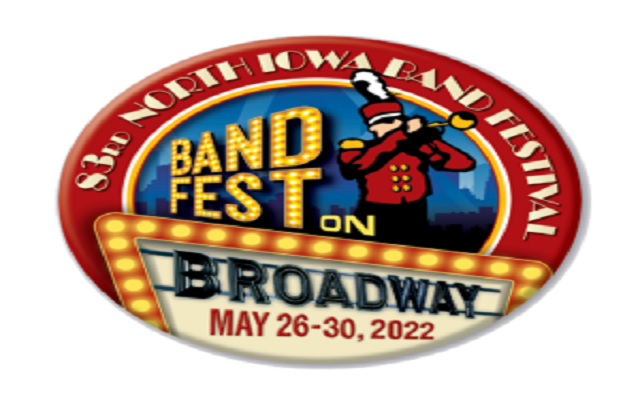 MASON CITY, IA – In honor of Meredith Willson’s birthday and the North Iowa Band Festival, Band Festival  royalty from Mason City High School and Newman Catholic High School will visit Willson’s memorial in  Elmwood Cemetery. Drum Majors from both schools will also be present as the students share Willson’s  accomplishments and family heritage. A short program will take place on Willson’s birthday at 10AM on  Wednesday, May 18 at his renovated gravesite.

The North Iowa Band Festival began as a simple celebration of North Iowa’s musical heritage. Now, in its  eighth decade, it has grown to a large community festival, complete with a parade, variety of entertainment,  marching band competitions, and carnival held over Memorial Day weekend.

Paige Ott and Kaidyn Paske were selected as queen and king at Mason City High School, and Madelyn Elwood  and Matthew Henrich were elected as royalty from Newman Catholic High School. These students will  promote Band Festival activities and also host royalty candidates from the other schools in the marching band  competition. Drum majors Luke Smith and Will Read (MCHS) and Anna Floden (Newman) will lead their bands  in the big parade on May 28.

The Music Man Square is also celebrating Willson’s birthday later that day from 5-9PM with live music, kids’  activities, a screening of the 1962 movie, and free cake and popcorn.

Here is a map to Meredith Willson’s gravesite CLICK HERE.