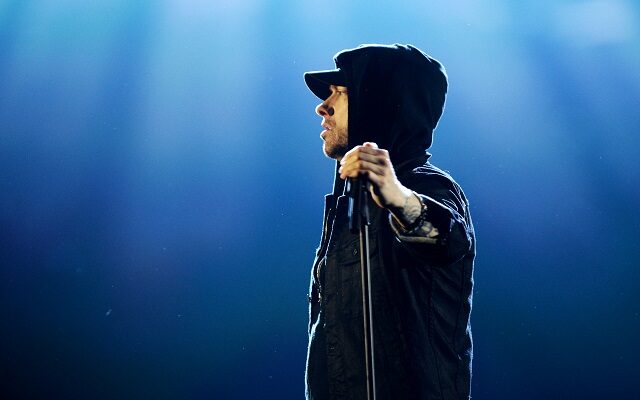 LONDON, ENGLAND - NOVEMBER 12: Eminem performs on stage during the MTV EMAs 2017 held at The SSE Arena, Wembley on November 12, 2017 in London, England. (Photo by Dave J Hogan/Getty Images for MTV)

The Rock and Roll Hall of Fame Class of 2022 was revealed Wednesday morning and it’s definitely a diverse one.

Eminem, Duran Duran, Dolly Parton, Lionel Richie, and Carly Simon all got the call to the Hall in the Performer category along with Pat Benator, plus the Eurythmics.

This is the first time ever in Rock Hall history, according to spin.com, that six female acts will be inducted together.

The ceremony will take place on November 5 in Los Angeles.