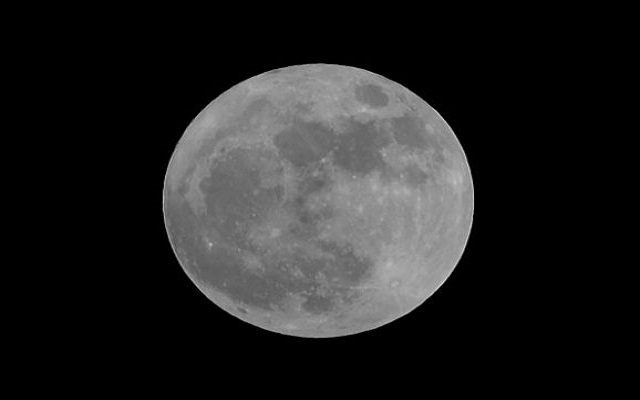 DUBAI, UNITED ARAB EMIRATES - NOVEMBER 14: A 'supermoon' is pictured rising over the desert in Dubai on November 14, 2016 in Dubai, United Arab Emirates. A Supermoon occurs when the perigee (closest approach by the Moon to Earth) coincides with it being full (completely illuminated by the Sun). This time it will appear 7% larger and 15% brighter than normal. Although the next Supermoon will occur next month, the moon won't be this close to Earth again until November 2034. (Photo by Tom Dulat/Getty Images)

There’s a full Moon tonight, and it’s known as a “Strawberry Moon” in the U.S. because Native American tribes used it as a signal to start gathering ripening strawberries.  Here are four other things to know about tonight’s Strawberry Moon:

1.  It’s going to be colorful and big.  Tonight’s full Moon will follow a low, shallow path across the sky, meaning moonlight will travel through more of the Earth’s atmosphere . . . and that should give it a colorful orange or yellow tint.

(To get the best views, you’ll want to look to the Eastern part of the sky during moonrise.  You can plug in your ZIP code online to get your moonrise time.)

2.  Since the Moon will be low, you’ll probably experience the “Moon Illusion.”  That’s an optical illusion where the Moon looks bigger than normal, because the brain tends to see things that are close to the horizon as larger than they are.

3.  There’s a lunar eclipse too, but it won’t be visible in the U.S.  You CAN watch it online though.  The Virtual Telescope Project’s YouTube page will live stream the eclipse starting at noon Eastern today.

4.  This is the sixth full Moon of 2020.  And there will be seven more before the end of the year.  The next one will be the Buck Moon on July 5th.