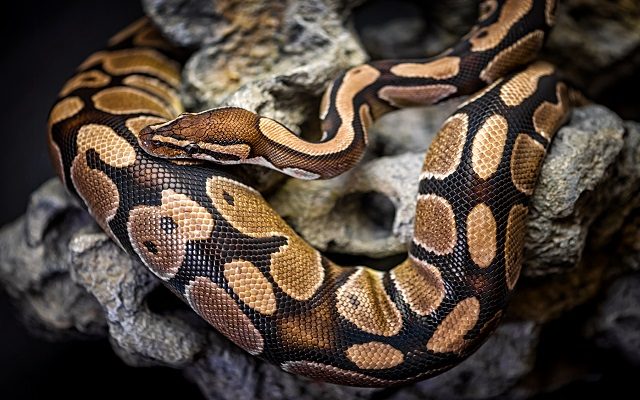 Forget what your parents told you: Monsters under beds are real.

For proof, look no further than Georgia, where an Augusta couple discovered a mother snake and her 17 babies living under their bed. Homeowner Trish Wilcher says she made the horrifying discovery last weekend as she and her husband Max were about to turn in for the night.

She says she noticed what she thought was a “piece of fuzz” on the floor; but when she tried to pick it up, it moved. “And then a second later another piece moved,” she says. “And I went to my husband, ‘We have snakes!’” Wildlife expert Camilla Sherman says snakes often enter people’s homes in search of a safe place to lay their eggs, which is likely the case in the Wilcher’s home.

Sometimes they’ll move in when they sense an infestation of rodents, she adds. “If you have a mouse problem, the snakes are going to come and try to help you with that,” Sherman says.

Georgia Woman Discovers 18 Snakes Hiding Under Her Bed Instead of What She Thought Was ‘Fuzz’ https://t.co/ozE1vjkqcD

August 4th, 2021
View full playlist
OnDemand
The Joe Show
Connect With Us Listen To Us On