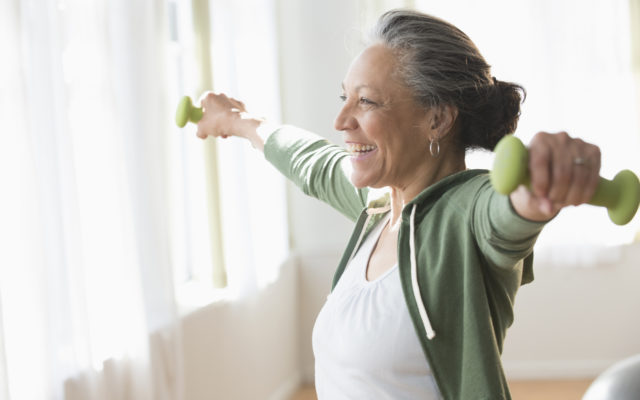 If pools open back up this year, you might see a few more people swimming in shirts . . .

A new survey of Americans who regularly exercise found that HALF have completely given up on having a “beach body” in 2020.  Because there’s not enough time, and what’s the point?

The average person in the study has gained five pounds in lockdown, and says it’ll take two months just to get back to where they were.  Here are six more stats from the survey . . .

1.  49% are worried they’ll NEVER get their pre-quarantine body back.

3.  Half said they’ve been eating more carbs, like pasta, white bread, and sweets.

4.  A third have been drinking more alcohol.

5.  54% have bought at least one piece of workout equipment in quarantine.  But a lot of people have had to improvise.  39% said they’ve used a chair to exercise, and 34% have incorporated a wall into their workout.

6.  The most common quarantine workouts include going on walks . . . using exercise apps . . . live-streaming classes . . . and following along to YouTube videos.

GIVE UP The Joe Show work out