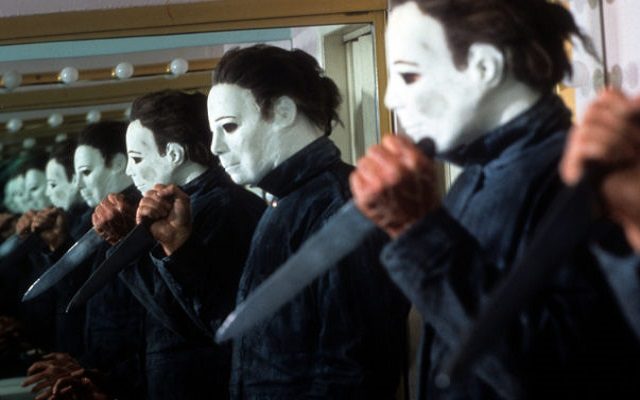 George P Wilbur holds a knife in a scene from the film 'Halloween 4: The Return Of Michael Myers', 1988. (Photo by Galaxy International Releasing/Getty Images)

Horror movie fans you’re going to love this! It’s just been announced that Halloween, Halloween 4, and Halloween 5 will be returning to theaters and drive-ins next month. Somehow this is exciting and terrifying all at the same time.

The films have already been booked for 225 screens and 104 drive-ins.

John Carpenter’s Halloween franchise began in 1978 and has spawned 11 films that have brought in over $600 million worldwide.