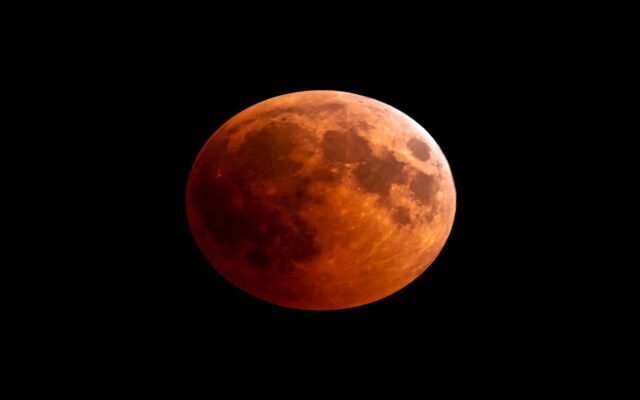 A ‘blood moon’ will be visible this weekend thanks to a total lunar eclipse on Sunday night.

Here’s how to make sure you don’t miss it: The eclipse will begin around 10:30pm EST, and reach totality – with the entire Moon inside the Earth’s penumbra – at roughly 11:30pm and continue through 1am.

The ‘blood moon’ refers to the dark red hue projected onto the moon’s surface during totality.  It’s caused by sunlight passing through the Earth’s atmosphere before reaching the Moon.

But what if it’s cloudy?  Don’t worry – NASA has you covered with a special lunar eclipse livestream an moon.nasa.gov.

The next lunar eclipse won’t happen until November – and the next one after that won’t be until 2025.

Sunday night will see the first total lunar eclipse of the year and the first since last May.
The best part is it will be visible across the entire country. https://t.co/vHh0Wxbkds