If You’re a Picky Eater, It’s Probably Your Parents’ Fault 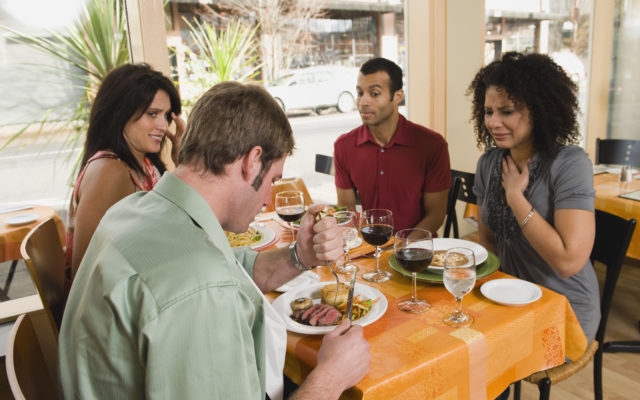 The journal “Pediatrics” found that if you’re a really picky eater, it might be your parents’ fault.

Researchers tracked 300 kids and their eating habits for five years.  Their parents had to fill out a questionnaire when the kids were 4, 5, 8, and 9 years old.

Roughly 1 in 7 kids fell into the category of VERY picky eaters, where they’d refuse to eat vegetables or were really nervous about new foods.

And researchers found that kids were less likely to grow out of their picky eating habits if their parents were strict with things like cleaning their plate and eating certain foods.

They think it’s because doing that ends up creating thousands of negative experiences surrounding those foods.  And even rewarding them can backfire.

For example, telling kids they can have ice cream if they finish their broccoli can actually make them hate broccoli more.

Instead, they suggest creating pleasant experiences with foods kids won’t eat.  Like having them help you make broccoli, or showing them how much YOU like it.  And as long as you don’t force it on them, they might come around.

Some kids need to be exposed to a new food 12 times before they’ll soften up to it.  But “exposed” doesn’t mean eat it.  Just watching you eat or cook it can be enough.