Is This a Sign Someone’s Cheating? Leaving Their Phone Face Down 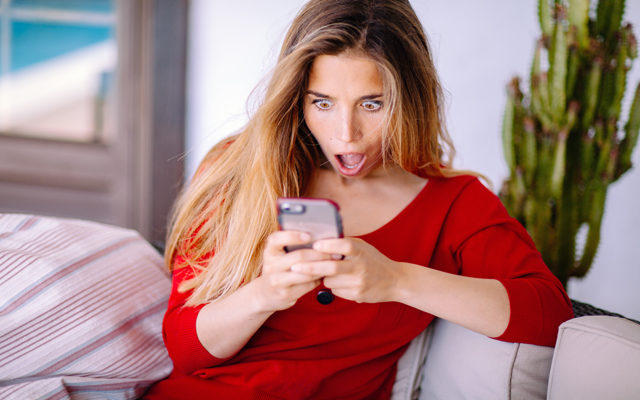 Here’s something to make you paranoid about your relationship . . .

A couples therapist recently did an interview, and mentioned a sneaky cell phone habit that might mean someone’s cheating.

If they always leave their phone FACE DOWN on the table, they could be texting someone they don’t want you to know about.

The reason is obvious.  They’re worried you’ll see a text come through.  So they want to keep their screen hidden, just in case.

Just that alone doesn’t prove anything.  So don’t jump to conclusions and start accusing them.  But if you’re already suspicious, it might be more proof.

The cheating website AshleyMadison.com recently did a survey.  And 82% of members said they keep their phone around them at all times to avoid snooping.