Jerry Stiller, father of Ben and ‘Seinfeld’ co-star, dead at 92 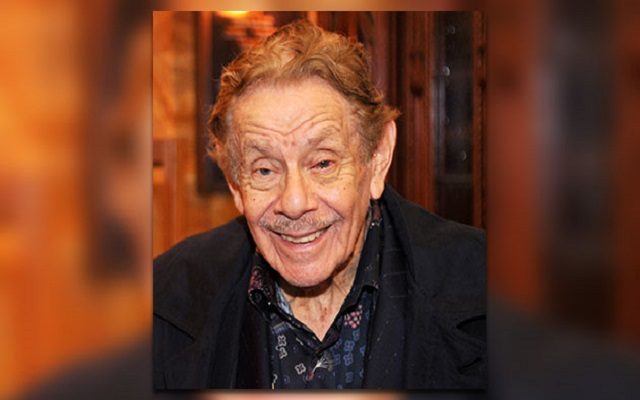 Ben Stiller confirmed the death “from natural causes” early Monday morning. “He was a great dad and grandfather, and the most dedicated husband to Anne [Meara, Ben’s mom] for about 62 years. He will be greatly missed,” the younger Stiller tweeted, adding, “Love you Dad.”

A generation ago, Stiller was one half of the hit comedy team Stiller and Meara, which made numerous appearances on TV variety shows, including The Ed Sullivan Show.  But it was Stiller’s casting as George Costanza’s hotheaded father, Frank, that brought Jerry Stiller a new generation of fans.

Stiller appeared on Seinfeld 26 times, replacing John Randolph in the role. Randolph’s only appearance as Frank Costanza, the season 4 episode “The Handicap Spot,” was eventually re-shot when Seinfeld came to syndication in 1995, with Stiller replacing him in the reruns.

Jerry Stiller’s Emmy-nominated Seinfeld run also led him to a role on The King of Queens from 1998-2007 as Arthur Spooner, the father-in-law of star Kevin James’ Doug Heffernan.

Stiller began his career as a dramatic actor, logging roles in films like The Taking of Pelham 123 and others.  He also starred in both versions of Jon Waters’ throwback Hairspray: in the original, Stiller and drag star Divine played Ricki Lake’s parents, while he played Mr. Pinky in the 2007 Adam Shankman-directed musical version.

Stiller also starred with director son Ben in the Zoolander movies and in The Heartbreak Kid.