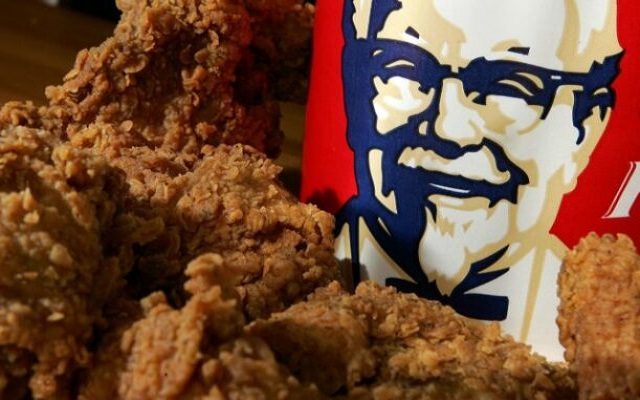 SAN RAFAEL, CA - OCTOBER 30: A bucket of KFC Extra Crispy fried chicken is displayed October 30, 2006 in San Rafael, California. KFC is phasing out trans fats and plans to use zero trans fat soybean oil for cooking of their Original Recipe and Extra Crispy fried chicken as well as other menu items. KFC expects to have all of its 5,500 restaurants in the U.S. switched to the new oil by April 2007. (Photo Illustration by Justin Sullivan/Getty Images)

Kentucky Fried Chicken just announced that it’s rolling out what it’s calling “its best chicken sandwich ever.” It’s made with a quarter-pound, all-white meat, double-breaded, ExtraCrispy chicken breast filet (whew) on a toasted brioche bun and topped with thicker, crispy pickles and either mayo or spicy sauce. They tested it out in Florida last May and that went well.

KFC said its innovation team tested pickles with “eight variations of thickness and they collaborated with six different bakeries on more than ten recipes in order to find the right bun.” They clearly put some work into it!

The chicken sandwich wars are heating up once again. https://t.co/DNOEdQp8H0

They’ve even put a tracker on their website to find a location that has it! CLICK HERE