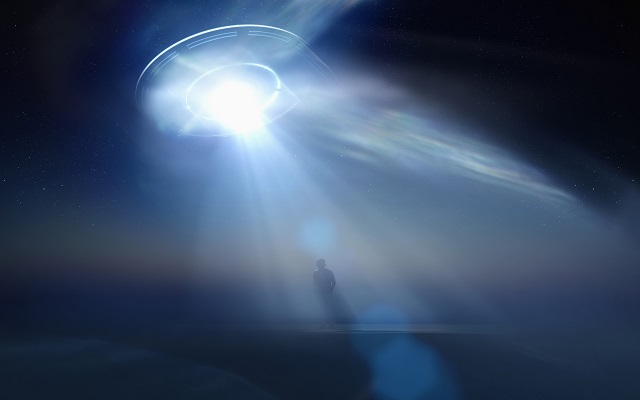 Leaked video that shows what appears to be a UFO soaring over San Diego has been confirmed as authentic by Pentagon officials.

The footage, which was obtained and published over the weekend by documentary maker Jeremy Corbell, shows a spherical object zip across the sky over the San Diego coast before it appears to disappear into the ocean.

It was reportedly taken from the deck of the USS Omaha in July 2019, Corbell says. “We are WAY beyond the question of if UFOs exist,” Corbell writes on Instagram.

“No wreckage found. No craft were recovered.” The Pentagon confirmation of the footage’s authenticity comes after former National Intelligence Director John Ratcliffe revealed in March “there are a lot more sightings” of UFOs than U.S. residents are aware of.

ALIENS?! U.S. Navy footage released by filmmaker Jeremy Corbell and confirmed as authentic by the Pentagon shows a spherical UFO flying off the coast of San Diego before mysteriously disappearing into the ocean. https://t.co/9Qho50y6gk