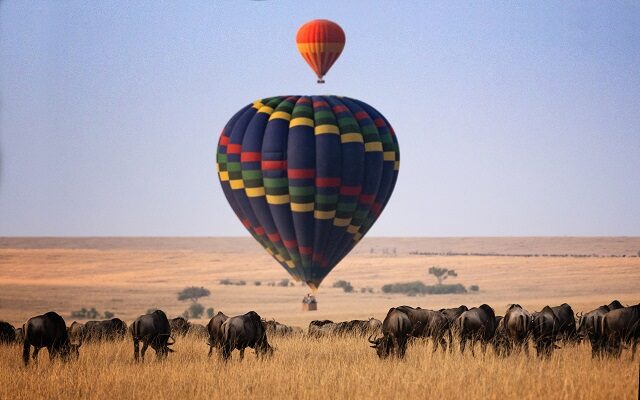 A French daredevil has broken the record for a hot air balloon ride — not in the basket, but on top of the balloon.

Remi Ouvarard, 26, rode atop a hot air balloon as it flew over Chatellerault, in western France, at 3,280 feet above sea level — setting a new record.

Although he alternated between standing and sitting in a metal folding chair, he ended the feat on Tuesday by performing a victory dance on top of the balloon, photographs reveal.

Ouvarard performed the stunt to draw attention to the AFM Telethon, which is currently underway in France, he says.

The altitude he reached — 3637 meters — reflects the last four digits of the telethon’s phone number.

A man rode on top of a hot air balloon for so long he set a world record. These pictures prove it: https://t.co/2OcDLnrxRp

December 6th, 2021
View full playlist
OnDemand
The Joe Show
Connect With Us Listen To Us On