Netflix & quarantine: What to watch while social distancing this weekend 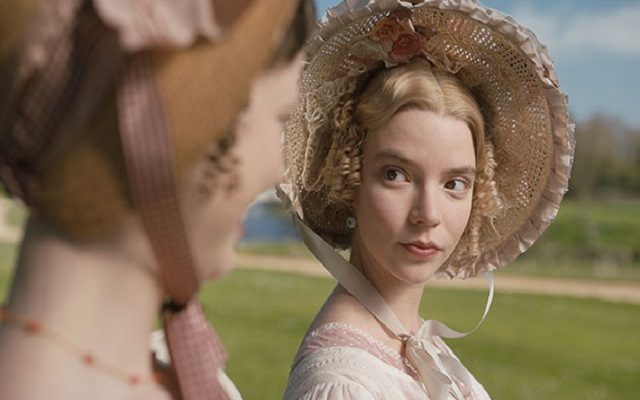 (NEW YORK) — Self-isolation amid the COVID-19 pandemic has people streaming movies and TV shows in droves — but what to watch? Thankfully, there are a lot of options today and this weekend.

For the first time ever, Universal is releasing movies at home that are currently in theaters, including The Hunt and The Invisible Man, while Focus Features will stream its Jane Austen comedy, Emma. Those are out Friday.  Universal also says the upcoming Trolls World Tour movie will be released at home the day it was supposed to be in theaters: April 10. Expect to pay 20 bucks a pop to stream those films.

Out now, Disney has made its massive hit Frozen 2 available to stream early on its streaming service, Disney+. And the Star Wars film The Rise of Skywalker dropped early for digital purchase: It’ll also cost you 20 bucks on Amazon or iTunes, or wherever you rent your movies.

Out Friday on Netflix, it’s the miniseries Self Made: Inspired by the Life of Madam C.J. Walker.  Octavia Spencer stars in the rags-to-riches story about one of the early 20th century’s only female African-American millionaires.

If you want something extremely relevant to the world we’re living in, the docuseries Pandemic: How to Prevent an Outbreak is available on Netflix, as is the 1995 film Outbreak starring Dustin Hoffman, Rene Russo, and Morgan Freeman. On Hulu, you can stream the 2011 Matt Damon film Contagion, critically acclaimed for its level of realism and overall scientific accuracy.

And it’s certainly a good time to catch up on those shows everyone always talked about but that you never got around to watch. HBO’s The Wire, The Sopranos and Game of Thrones are good places to start. Netflix and AMC have all of Breaking Bad and its spinoff, Better Call Saul.

You can also check out Donald Glover’s brilliant FX series Atlanta on Hulu, which also has a new show, Dave, based on the life of rapper Lil Dicky.  It’ll hopefully make you laugh during these stressful times.