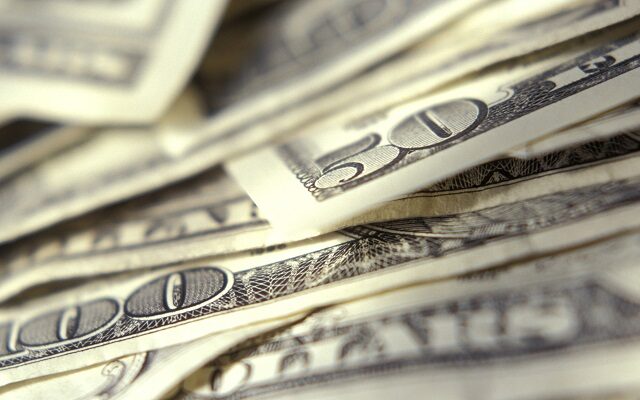 The jackpot for Saturday’s Powerball drawing has grown to $1.6 billion – the largest in U.S. lottery history.

Most people have a difficult time wrapping their heads around a figure like that — much less imagining what they could spend it on.

To give you an idea of what $1.6 billion looks like, if you were to break it down into $100 bills and stack them up, the pile would be nearly 5,733 feet tall — which is well over a mile, according to Powerball officials.

That money could buy 278.2 million Peppermint Mochas from Starbucks — and still leave you with money to spare. McDonald’s sells McRib meals for $7.99, which means you could order more than 200 million of them with $1.6 billion.

If you purchased one a day, it would take you 548,630 years to spend all the money. Or you could invest the money in sports. Mercedes-Benz Stadium, the home of the Atlanta Falcons, cost about $1.5 billion to build – which is the same price Alex Rodriguez and Marc Lore paid for the Minnesota Timberwolves.

Then again, the winner of the jackpot won’t actually receive $1.6 billion all at once. It will be paid in annual installments, spread out over 29 years, lottery officials say.

If the winner wants one lump sum, which is what most winners take, the check will be for $784.4 million — and that’s before taxes, per lottery officials.