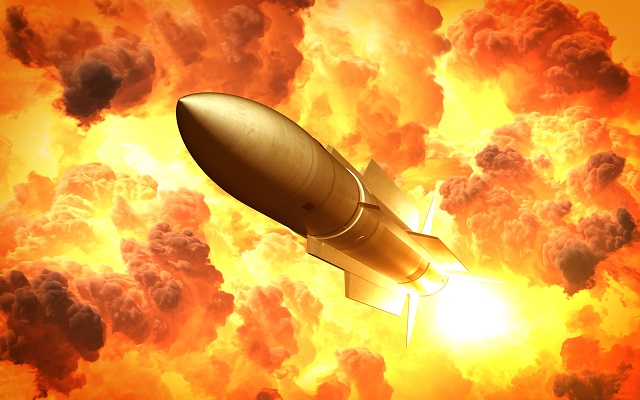 They also say it’s going to re-enter the Earth’s atmosphere this weekend. What they can’t say, however, is where it’s going to crash. The rocket was used to put China’s space station into orbit last week.

Although it was expected to burn up in the atmosphere, it turned out it was too big — so big, in fact, that the U.S. Space Command is worried its return could spell disaster. And Defense Department spokesperson Mike Howard says officials won’t know where it’s going to crash until just before it does.

Still, Jonathan McDowell, an astrophysicist at the Astrophysics Center at Harvard University, says the rocket isn’t worth losing sleep over. “I don’t think people should take precautions,” he says. “The risk that there will be some damage or that it would hit someone is pretty small — not negligible, it could happen.

But the risk that it will hit you is incredibly tiny.”

The Pentagon has said it is tracking a large Chinese rocket that is out of control and set to reenter Earth’s atmosphere this weekend, raising concerns about where its debris may make impact https://t.co/ePMT0ULPMd