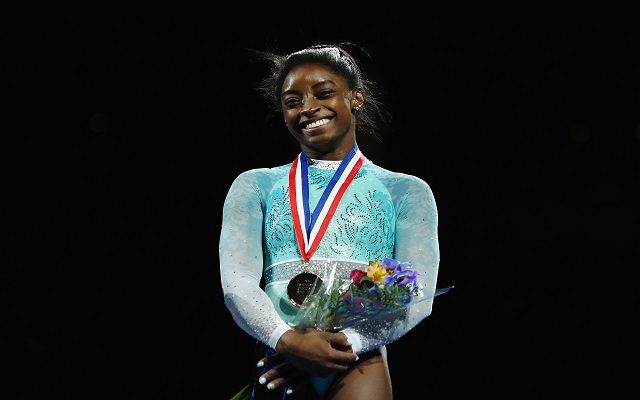 If you want to wait for primetime coverage of Simone Biles’ return at the Tokyo Olympics tonight (Tuesday) — this is your chance to tune out because we know what happened.

After dropping out of several events to focus on her mental health, the superstar gymnast leaped back into competition at the balance beam finals but fell short of another gold medal.

Biles finished third for the bronze medal; Guan Chenchen won gold and Tang Xijing got silver, both of China.

Biles now ties the record for the most Olympic medals ever won by a U.S. gymnast.