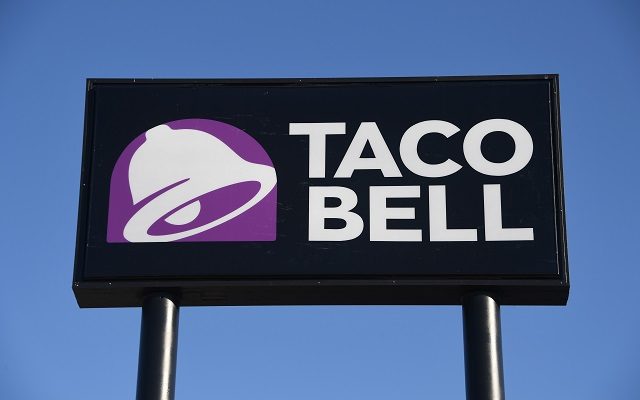 LAS VEGAS, NEVADA - MARCH 30: An exterior view shows a sign at a Taco Bell restaurant on March 30, 2020 in Las Vegas, Nevada. Taco Bell Corp. announced that on March 31, 2020, the company will give everyone in the country one free beef nacho cheese Doritos Locos Taco, no purchase necessary, to drive-thru customers at participating locations while supplies last as a way of thanking people who are helping their communities in the wake of the coronavirus pandemic. The company also announced it would relaunch its Round Up program, which gives customers the option to "round up" their order total to the nearest dollar, to raise funds for the No Kid Hungry campaign. The Taco Bell Foundation will also be donating $1 million dollars to the campaign. (Photo by Ethan Miller/Getty Images)

The taco chain is bringing back Nacho Fries for a limited time starting on Christmas Eve.  Taco Bell stated that “bringing back the spicy fries proves that beloved innovations can always make a comeback.” The reason the fries were removed from the Taco Bell menu were to “create a more efficient Taco Bell experience during the pandemic”, according to the food chain. Other items that are being brought back for a limited time are: the Loaded Nacho Taco and the Bacon Club Chalupa.