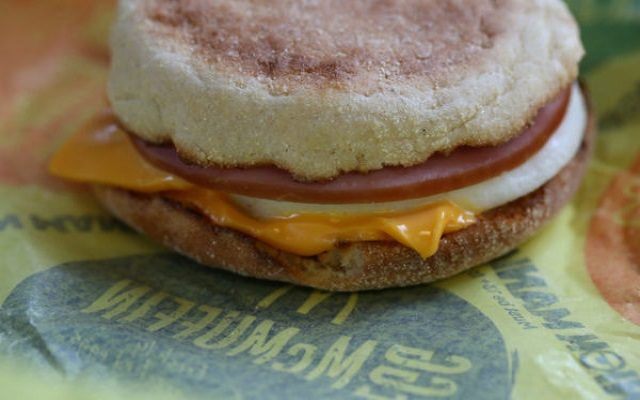 FAIRFIELD, CA - JULY 23: A McDonald's Egg McMuffin is displayed at a McDonald's restaurant on July 23, 2015 in Fairfield, California. McDonald's has been testing all-day breakfast menus at select locations in the U.S. and could offer it at all locations as early as October. (Photo illustration by Justin Sullivan/Getty Images)

Getting your breakfast to-go is a major convenience, but sometimes we forget about how healthy it is. Dietitian Amy Goodson has just revealed the five healthiest breakfast items that you can order at McDonald’s. For those looking for sides, Goodson suggests getting an Egg McMuffin with apple slices. She also says that the sandwich is lower in saturated fat than other options. The Sausage McMuffin is a healthy option, providing 14% iron, while the Sausage McMuffin with egg packs in 30 grams of protein. For those looking for something different, Goodson also believes the chain’s Sausage Burrito and Fruit &amp; Maple Oatmeal are healthier choices for breakfast.