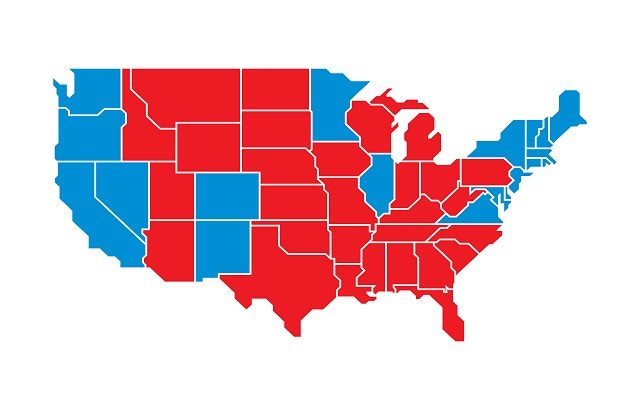 Some want to do away with it, but what is the Electoral College, why do we have it and how does it work? The Electoral College isn’t new. It’s as old as the US Constitution. Specifically, Article II, Section I, Clause II. According to History.com, the Electoral College was born of compromise. Some wanted Congress to elect the president, others wanted the public to have the say. It wasn’t perfect, but it was something they eventually could agree upon at the time. It would later be modified by the 12th and 23rd Amendments. Each state casts electoral votes based on its number of congressional delegates. D.C. also gets 3. Nebraska and Maine split their votes based on the winner in each congressional district. The others are winner take all based on their popular vote. Today, there are 538 electoral votes – that means a race to 270. Some say the Electoral College provides equality between more populated ‘blue states’ and less populated ‘red states.’ However, only five times in US history has an elected president not also won the popular vote – most recently: 2016. Can you name the other four times the popular and Electoral College votes were split? (1824: John Quincy Adams; 1876: Rutherford B. Hayes; 1888: Benjamin Harrison; 2000: George W. Bush)