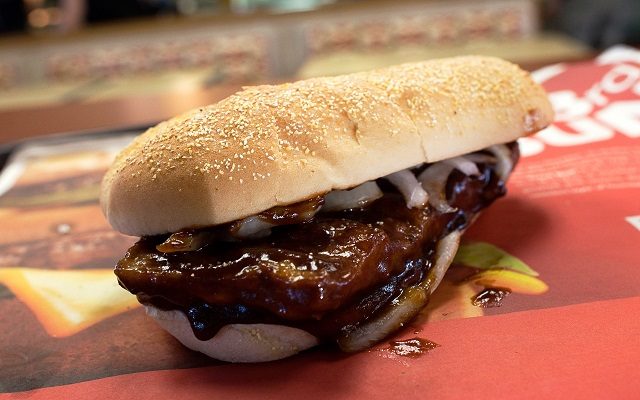 SAN FRANCISCO, CA - NOVEMBER 03: A McRib is seen at a McDonald's restaurant on November 3, 2010 in San Francisco, California. The sandwich arrived on the menu for the first time since 1994 and is offered at all McDonald's nationwide for a limited time until December 5, 2010. The McRib was first introduced in 1981. (Photo by David Paul Morris/Getty Images)

The McDonald’s McRib is back and nationwide! Normally, when the McRib makes its return it usually only available at select locations. This time all 14,400 US restaurants will carry it. Mark your calendar for December 2 as the return date. Per usual, it will only be available for a limited time. If you have never had one, it is seasoned, boneless pork in a smoky tangy BBQ sauce topped with onions and pickles.