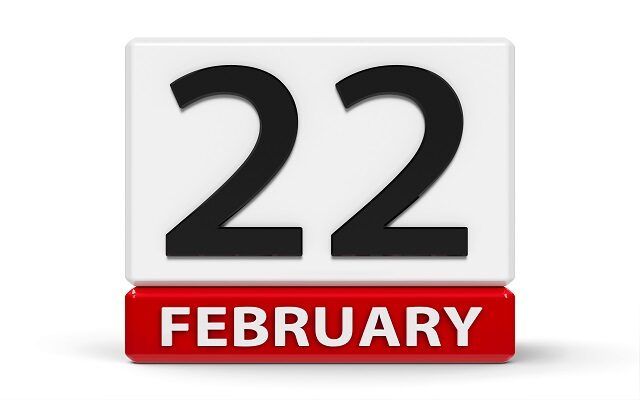 While the alignment of numbers that have prompted people to declare 2/22/22 “Twosday” is clearly a unique event, some people might not realize just how unique it is.

The last time the rare calendar event occurred was way back in 1622, according to Farmer’s Almanac.

And it’s not going to happen again until 2422, the almanac reports.

That said, 2/22/22 doesn’t mark the only palindrome date to occur this month. Because a palindrome is a number that reads the same forward and backward, nine February dates qualify: 2/20/22 through 2/28/22.