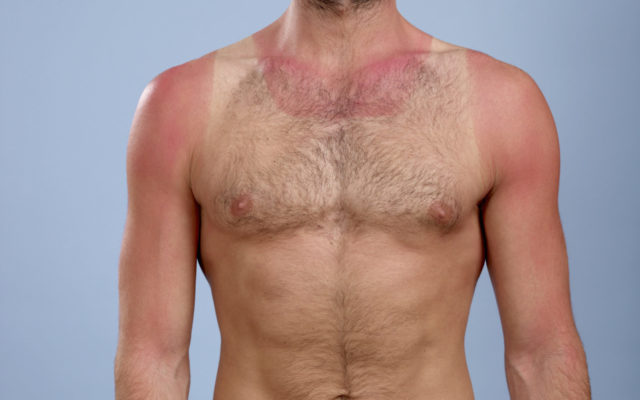 We’re one month into summer.  Have you had to bust out the aloe yet?  A new study looked at Google searches to find out which states have suffered the most SUNBURNS so far this year.

A few sunny states like California ranked lower than expected, maybe because people who live there just wear more sunblock . . . or they’ve been stuck in quarantine.  Here are the ten most sunburned states in 2020 . . .

The five states where people are LEAST likely to have a sunburn right now are Alaska, Washington, Oregon, California, and New Mexico.