Todd Tilghman Crowned This Season’s Winner Of ‘The Voice’ 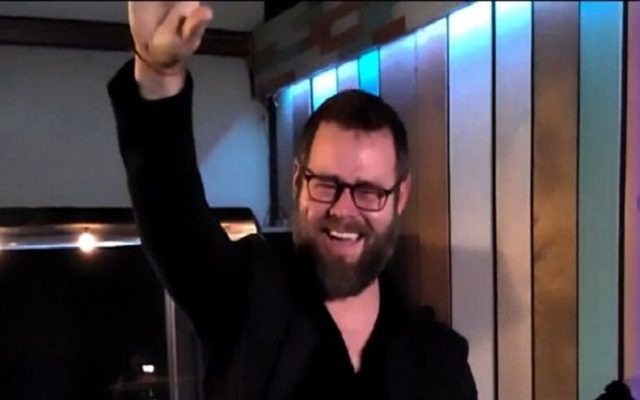 Fans sat at the edge of their seats for three hours awaiting the highly anticipated results of The Voice, which, for the first time in the show’s 18-season history, crowned the winner remotely.  Congratulations are in order for Blake Shelton‘s standout star, Todd Tilghman, who was in a stiff race against teammate Toneisha Harris and Team Nick Jonas‘ Thunderstorm Artis for the title.

Tilghman’s victory has also secured another big win for his coach, Blake, who has now produced seven champions.

America was first introduced to the father of eight and Mississippi-native in the very first episode.  Not only was the 41-year-old the first person to grace the stage, he also created the season’s first four-way chair turn during his soulful rendition of Bob Seger & The Silver Bullet Band‘s “We’ve Got Tonight.”

Besides lots of special effects thanks to the magic of green screens, the three-hour season finale saw the five finalists kicking off the show with a rousing performance of Pete Townshend‘s “Let My Love Open the Door.”  Besides including the voices of current coaches Blake, Jonas, Kelly Clarkson and John Legend — past judges CeeLo Green and Shakira, along with Bebe Rexha — also joined in for the inaugural moment.

Another mashup of past faces saw this seasons’ alumni teaming up to perform the topical ballad “What the World Needs Now Is Love” by Jackie Deshannon.

Other surprise guests were Jon Bon Jovi, who performed his latest single “Limitless” from his home studio, Lady Antebellum performing “Champagne Night” and Nick’s brothers Joe and Kevin to perform their band’s new song “X.”  The Jonas Brothers were joined by Karol G for their song.

Past judge Gwen Stefani also joined forces with boyfriend Shelton to perform their new single “Nobody But You.”

When it came to the five finalists, they serenaded America by teaming up with their coaches for a series of duets, with Tilgman stealing the show alongside coach Shelton with their rendition of  John Mellencamp‘s “Authority Song.”

However, Toneisha also proved her worthiness of being this season’s runner up with her own performance with Shelton, belting out Fleetwood Mac‘s “Don’t Stop.”