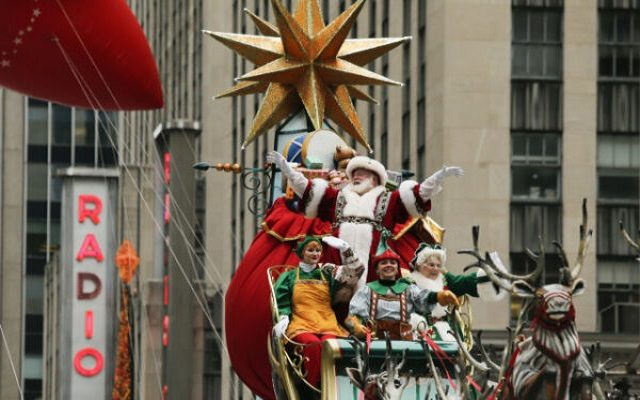 NEW YORK, NY - NOVEMBER 24: Santa Claus proceeds down 6th Av, during the 90th Macy's Annual Thanksgiving Day Parade on November 24, 2016 in New York City. Security was tight in New York City on Thursday for Macy's Thanksgiving Day Parade after ISIS called supporters in the West to use rented trucks in attacks as similar as the ones operated in France this summer where at least 86 people were killed.(Photo by Eduardo Munoz Alvarez/Getty Images)

Things will look and feel different for the 94th Macy’s Thanksgiving Day Parade. There will not be a live crowd. Four Broadway shows will film segments in advance that will air during the parade. The parade route will only be on 34th Street in front of the flagship store. Performances will be inside the store.