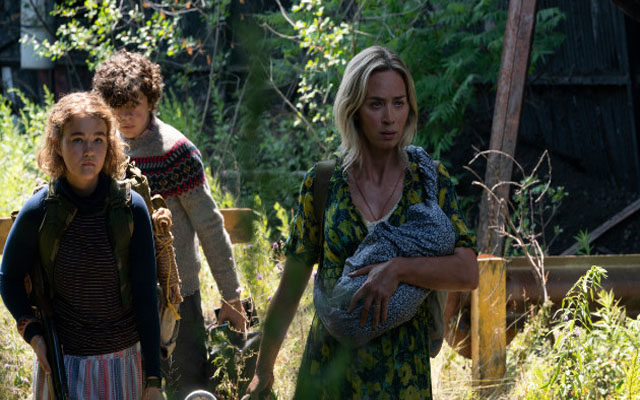 (LOS ANGELES) — Hollywood continues to move its big projects due to the COVID-19 coronavirus pandemic.

ABC Audio has confirmed that Paramount Pictures has yanked two of its highly anticipated films: A Quiet Place Part II, and the romantic comedy The Lovebirds, starring Issa Rae and Kumail Nanjiani.  In addition, Universal has bumped the ninth Fast & Furious film.

As previously reported, Sony Pictures and MGM bumped the latest James Bond film, No Time to Die, from April to November, and just announced its sequel Peter Rabbit 2 would move from April to August.

Even a media screening of A Quiet Place II, which was scheduled for Monday in New York City, was shelved by the studio “in light of the ongoing and developing situation concerning coronavirus and restrictions on global travel and public gatherings.”

John Krasinski, the director and star of A Quiet Place II, wrote on Twitter, “One of the things I’m most proud of is that people have said our movie is one you have to see all together…well…now is clearly not the right time to do that. As insanely excited as we are for all of you to see this movie…I’m gonna wait to release the film ’til we CAN see it all together.”

Universal addressed its “family” of Fast fans, saying, “We feel all the love and the anticipation you have for the next chapter in our saga. That’s why it’s especially tough to let you know that we have to move the release date of the film.”

GoodMorningAmerica.com has posted a running list of concerts and other events that have also been cancelled or postponed.