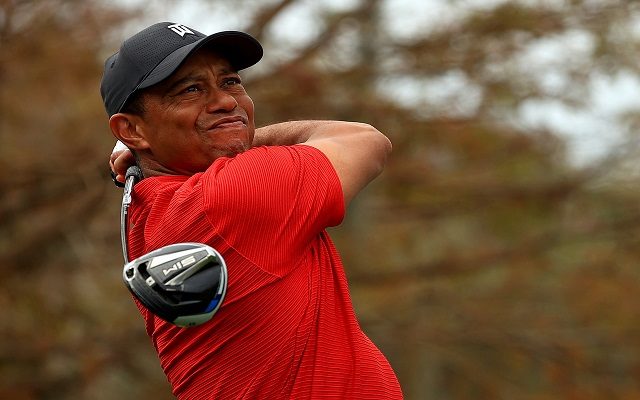 ORLANDO, FLORIDA - DECEMBER 20: Tiger Woods of the United States hits his tee shot on the 15th hole during the final round of the PNC Championship at the Ritz Carlton Golf Club on December 20, 2020 in Orlando, Florida. (Photo by Mike Ehrmann/Getty Images)

Tiger Woods was reportedly meeting up with two NFL quarterbacks for a golf lesson before his car crash Tuesday morning.

According to ESPN, Tiger was scheduled to shoot a golf video with Saints QB Drew Brees and Chargers QB Justin Herbert on Tuesday, part of a series of celebrity golfing lessons he was filming for GolfTV.

Tiger is currently recovering from surgery to repair ‘multiple open fractures’ in his right leg following the accident, in which his vehicle rolled over several times.