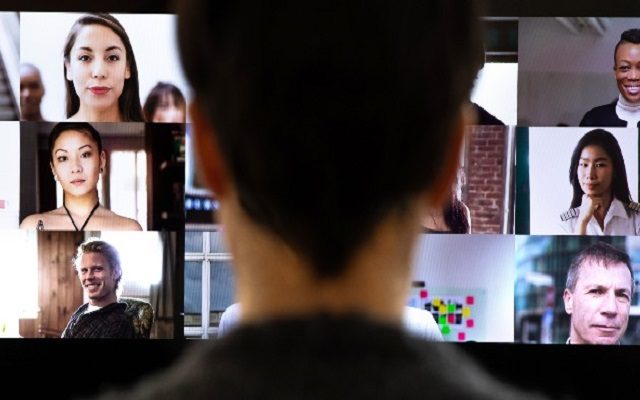 (LOS ANGELES) — When you’ve binged all you can, what’s left to do during lockdown? Apparently, Americans have been getting pretty handy making friends via virtual hang outs.

A poll of 2,000 Americans commissioned by Evite finds the average American has made six new friends as a result of attending virtual gatherings.

The unscientific poll from the company also says 83% of those who have made a virtual friend are excited to eventually meet them face-to-face.

The poll also revealed that with all this time on our hands, Americans are reconnecting with an average of six people with whom they’d lost touch before everything went upside down. Ten percent say they’ve reconnected with a person with whom they haven’t spoken in a year, 44% say they’re getting reacquainted with high school friends, and 36% are going even further back and “hanging out” with childhood friends.

What do people what miss most about how things used to be?  Fifty-three percent said they’re missing face-to-face interactions with their loved ones, and 44% say they miss celebrating “life milestones” with friends and family.  Some 36% of those surveyed said they miss date nights the most, while 39% told Evite they missed hugging others, and 33% say they miss tipping the ol’ elbow with friends at their local bar.

Seventy-four percent of respondents said they’re having scheduled check-ins with friends and family to stay positive.  Apparently, we’re also keeping score: 70% say they’ll remember those who checked in with them when life returns to normal.

And if you’re single, the quarantine doesn’t mean you’re not ready to mingle.  The Evite poll says the average American singleton has managed to go out on five romantic dates during the quarantine.