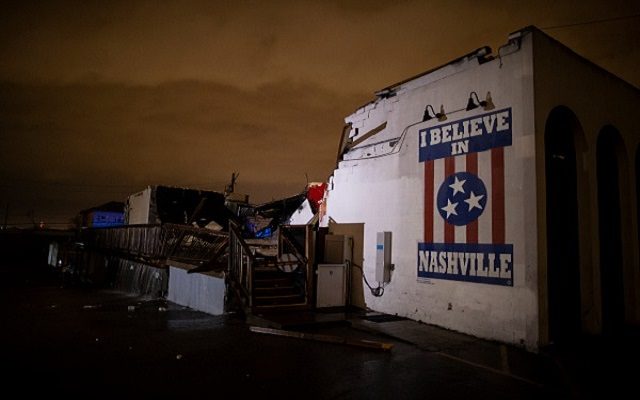 NASHVILLE, TN - MARCH 03: General view of a mural on heavily damaged The Basement East in the East Nashville neighborhood on March 3, 2020 in Nashville, Tennessee. A tornado passed through Nashville just after midnight leaving a wake of damage in its path including two people killed in East Nashville. (Photo by Brett Carlsen/Getty Images)

As we all woke up yesterday morning,  we heard the terrible news of tornadoes ripping thru multiple neighborhoods in Nashville and East Tennessee, and on the wake of the tornado we heard from Country stars like Carrie Underwood who’s family had to take cover along with so many others. If you have been to Nashville then you know the people and the area are amazing.

Click this LINK to make a donation to the Middle Tennessee Emergency Response Fund.